Alain and Dafroza Gauthier have spent over a decade fighting the French legal system to bring to justice the masterminds of the Rwandan Genocide.

For almost twenty years they have been met with state and judicial obstruction, as certain French authorities attempt to derail a process that would ultimately shed further light on French complicity in the genocide, which claimed the lives of over 800,0000 Tutsis. Meanwhile, the men and women behind the genocide live comfortable lives in France.

The film is not investigative, instead it is driven by the personal stories of the Gauthiers as they search and uncover more evidence. It is through their personal account and a trip to Rwanda that the stories of other survivors start to emerge - strengthening our understanding as to why the Gauthiers are so driven in seeking justice for the victims. ‘Justice Seekers’ also gives a greater understanding of the effects of the genocide today and how it shaped lives, hopes and dreams for the future. 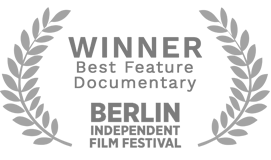